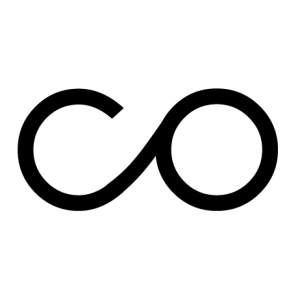 You might be here because you’re a loyal listener of our podcast, KookCast: Surf Education. Your surf etiquette is hopefully on point, and this is simply the next episode in the queue.

There’s also the possibility you’re on this page because you got a yellow card from another surfer. This will be a good place to brush up on three important aspects of good surf etiquette. Here’s 3 things not to do.

1. Paddling Over the Shoulder (instead of the white water)

Committed by surfers of all levels when found in the precarious position of being in or near the path of an up-and-riding surfer.

Here’s how it goes:

You’re paddling out to the line-up, either for the first time of the session or after your last wave.

Another wave is now breaking and there’s a surfer paddling to catch it or already riding it.

You’re in such a position that if you just angle towards the shoulder of the wave, you’ll narrowly avoid the impact of the lip crashing, or the turbulent white water created after it makes impact with the trough of the wave.

Seems like a no brainer. Change direction slightly and paddle over the shoulder. But in many cases this is the wrong tack if a surfer is on that wave.

Because the dynamic nature of a waves movement breaks in directions both down the line and towards the beach (or “down the reef” at some spots); it can be challenging for beginners to predict the pace at which a wave is approaching them vs. how fast sections are breaking down the line.

On top of trying to calculate the waves movement, you cannot be certain of how the surfer will ride that wave. Do they want to drop to the bottom and come up to hit the lip? Stay on a high line to race a few sections and then lean into a round house cut-back?

What Can Happen When You Paddle Towards the Shoulder of a Wave Being Ridden?

You get in the way of a good surfer that can turn when they realize a paddler is in their path. He or she won’t be very pleased with you however, and you might find yourself being announced to the line-up as a surfer hailing from kookdom.

You put yourself in the path of a surfer who isn’t as capable and they spear you.

You kooked it and you risked your life.

When there’s a wave and a surfer coming at you, more often than not the correct move to make is to paddle towards the white water. And not just a little bit behind the surfer… Go way back.

Because if there is one safe assumption you can make about where a surfer does not want to go, it’s deep in the white water far behind the pocket of the wave. That’s why as a paddler you should go there in order to stay completely out of the way.

It is possible, say for example at a point break where the waves are so predictable and follow the same bathymetric path, to paddle so extremely far out on the shoulder that you are well out of the way.

2. Bailing Your Board to Get Through White Water

It feels like this should be obvious, but observation of many line-ups leads one to conclude that it is not.

Ditching your board before a wave overwhelms you is an irresponsible thing for a surfer to do. Checking for people behind you before you bail doesn’t make you much better.

If you as the paddler making your way outside to the line-up opt to paddle towards the broken part of the wave at the sight of a surfer riding it–well done.

Now that you find yourself well out of the riding surfers way and in front of a mass of oncoming turbulent white water, some feel compelled to abandon their surfboard and dive underwater to avoid getting rag dolled by the wave.

Their logic is the less floating mass connected to you means less of a beating will befall you. But it’s negligent and a mistake that can cause a number of negative consequences.

Consider the situation of a long boarder bailing their surfboard. A 9′ board, plus a 9′ leash equals 18 feet total. That doesn’t take into account the distance you may be dragged backwards under water.

Better not make the excuse, “I checked behind me before I bailed”. This is far from responsible surfing. It shouldn’t matter who’s around you or not. Fight to keep control.

Second of all, anytime you ditch your surfboard you’re putting your leash to the test. At some point during a leash’s lifetime enduring this style of constant abuse will break. What’s more is that Murphy’s law states it will break precisely in the most dire of situations, when the waves are biggest and strongest and you’re the least comfortable in the ocean without your board, or when there’s a pack of surfers positioned inside of you.

Maybe you calculated them to be far outside of your kill zone before you bailed and you assumed you had plenty of space to safely bail your board. Instead, your leash snapped and your board is on the loose and bouncing towards them in the white water.

Select from any number of inside skills, strategies, and techniques to punch through white water without losing control of your board. Some of these solutions include:

Which skill or technique you use depends on the board you are riding, and the volume and power of white water you have to punch through.

When all is said and done, if you feel that no skill or technique will work for you then you’ve discovered your limits. If you can’t get through broken waves and maintain board control, you shouldn’t be out in that session. Wait for the waves to get smaller.

None for us regular surfers.

Only the most elite of surfers riding huge waves bail their surfboards when caught inside. Every surfer that is partaking in that kind of a big wave session is an expert or professional that understands the possibility of a set catching the pack off-guard which necessitates the response of everyone bailing their board to dive under the wave.

3. Dropping In on Another Surfer

Perhaps this is the rule most surfers are aware of, and yet it still happens with incredible frequency.

You’ve finally made it out the back and you’ve done it responsibly. You stayed out of the way of the surfers riding waves, you held onto your board through all the white water you encountered and now a gem of a wave is coming right for you.

You turn to start stroking for the wave. You’re digging and digging, and finally jumping to your feet only to hear the blast of a surfer that’s taking off deeper than you. You’ve committed the last of the three most cringe worthy penalties a surfer can commit.

You dropped in on another surfer.

As more and more people start surfing each year and line-ups around the world become more crowded, this dangerous penalty must be avoided at all costs even if it means missing waves that you realize in hindsight could have been yours, but you passed up because you weren’t certain in the moment.

Do not drop in on other surfers.

Use your surf senses. Look, and then look again. Treat dropping into a wave like crossing the street. Keep looking both ways. And if you see another surfer, speak up!

“Hey dude are you going on this wave?”

“Which way are you going?”

And if you’re still not sure or you get no answer, don’t go. There will be another wave.

Party wave. Ever been? You must be invited, and you must be good enough to share a wave with a fellow surfer. 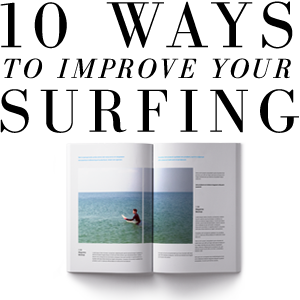 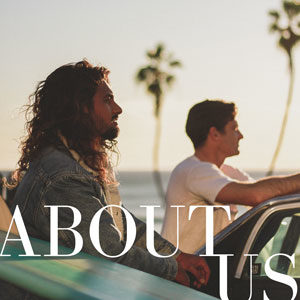 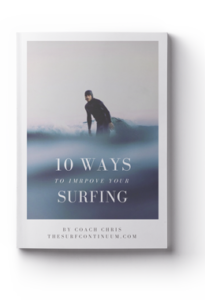 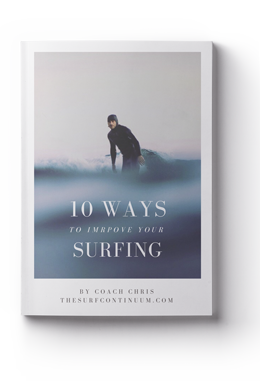